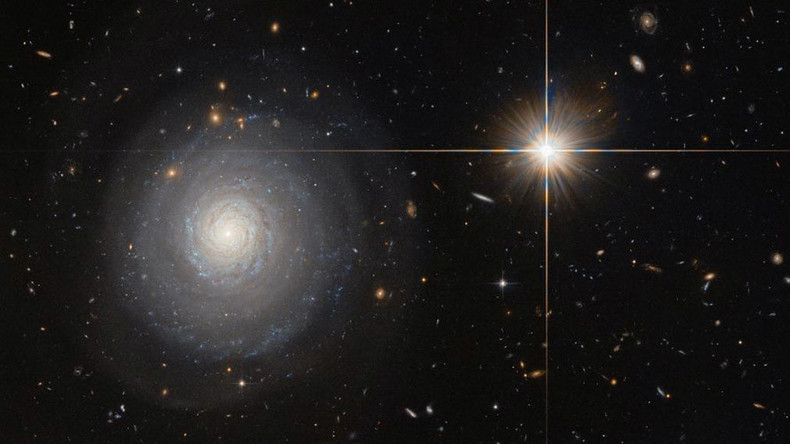 Stars form a spectacular backdrop during Christmas time throughout much of the northern hemisphere. Even without a Christmas Star, the heavens are ablaze with bright constellations. Orion, the Pleiades, the Hyades, Gemini, and Sirius, the brightest star in our heavens. Like scattered diamonds they spread brilliance across the night sky and bring a tranquil peace of mind and heart unique to the season.

Stars, peace, and goodwill play vital roles in the Biblical story of Christmas. “Silent night! Holy night! All is calm, all is bright,” wrote Joseph Mohr in the traditional hymn, and Phillips Brooks penned “O little town of Bethlehem … Above thy deep and dreamless sleep the silent stars go by.” And finally, in the second verse of Brooks’ hymn we sing “O morning stars together, Proclaim the holy birth.” In a traditional English carol written during the 17th century, celestial beauty again took the spotlight as the author wrote of the shepherds in Bethlehem: “They looked up and saw a star Shining in the East beyond them far, And to the earth it gave great light and so it continued both day and night.”

How peaceful indeed would have been the star-studded night the shepherds experienced near ancient Bethlehem. Celestial events were more easily seen in those days. No glowing dome of glare produced by mercury vapor, digital LED signs and neon pollution would have dimmed the sparkling glory above the town. In pitch-blackness, the brilliance of the firmament showed undiluted. So bright would the starlight have been that one could have seen just by the stars’ gleaming light. Imagine the shepherds’ feelings at the appearance of the Christmas Star. Terrified at first, their fear was eased as in Nahum Tate’s hymn, “While Shepherds Watched Their Flocks,” as an angel’s calming voice spoke. “’Fear not,’” said he, for mighty dread had seized their troubled mind; ‘Glad tidings of great joy I bring to you and all mankind.’”

During the Christmas season, stars even appear to fall to earth. In much of the world, star-like snowflakes play an important role in the Christmas drama, crystallizing in myriad, always different shapes, but tending to form most often in the shape of tiny fragile stars. Cal Tech physicist Dr. Kenneth Libbrecht’s photos of actual snowflakes even grace the U.S. Postal Service’s Holiday Commemorative stamps.

Although in many places snow isn’t common at Christmas, most decorations use it as a theme anyway, even in Florida and other southern states, including Texas. Popular songs such as “White Christmas,” “Winter Wonderland,” and “Sleigh Ride” set snow images to music that add magic to our mental pictures of Christmas. 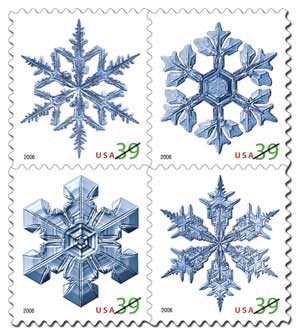 By the way, you can even find stars in apples. Yes, apples. The next time you slice one, don’t slit it lengthwise. Instead, cut it in half crosswise and see the star pattern at its center.

According to the Bible, not only stars, but other naturally occurring things played important parts in the Christmas story. The wise men brought offerings of gold, frankincense, and myrrh to Jesus.

Gleaming gold has been treasured throughout history, both as money, and the material from which beautiful ornaments and jewelry was made.

Frankincense is the resin from Boswelia trees that grow in Arabia and Somalia. In the ancient world, it was worth more than its weight in gold. As its name suggests, it has a pleasant fragrance, and was burned as incense as far back as ancient Egyptian times.

Myrrh is another aromatic plant resin that comes from trees in Eastern Africa and Arabia. It too is used as incense, or mixed with other fragrances. It also possesses anti-bacterial properties and had a wide range of medical applications in the ancient world.

Although all these things are interesting from a natural science standpoint, the most important message of Christmas is, of course, the birth of Jesus Christ, the Son of God. Sometimes, with all the commercial glitz and glitter, that fact tends to get lost. Political correctness even rears its ugly head at this season. One school district mandated that nobody was to bring packages or treats that were red or green, since that crossed the administration’s boundary from “holiday” into religious observance. In some places, school choirs have been prevented from singing hymns that mention Christmas or Jesus because they might make some people feel uncomfortable. Charlie Brown had it right! Good Grief!

Whether it’s politically correct or not, the Christmas season is here with all its eternal significance. Go outside, away from all the hustle, bustle, and superficial commercialism of the season. Don’t talk, just be silent and contemplate its true meaning. Gaze upward at the beauty of the stars. Perhaps the fields, forests, and skies of East Texas will touch your heart in a new and lasting way. Hopefully, you and I can carry Christmas in our hearts and display it in our actions all the year through. Have a merry, fruitful, and thoughtful Christmas. May “peace on earth; good will toward men” become a living reality in our community and around the world.