Heavy snowfall, with temperatures falling into the 20s, accompanied by windy conditions and drifting snow are expected for Christmas Eve, extending through Christmas Day. Expect clearing with much colder temperatures later in the day. Right! In your dreams! Okay, I’ll dream a little of my Christmases past in Michigan, Pennsylvania, and Maine. 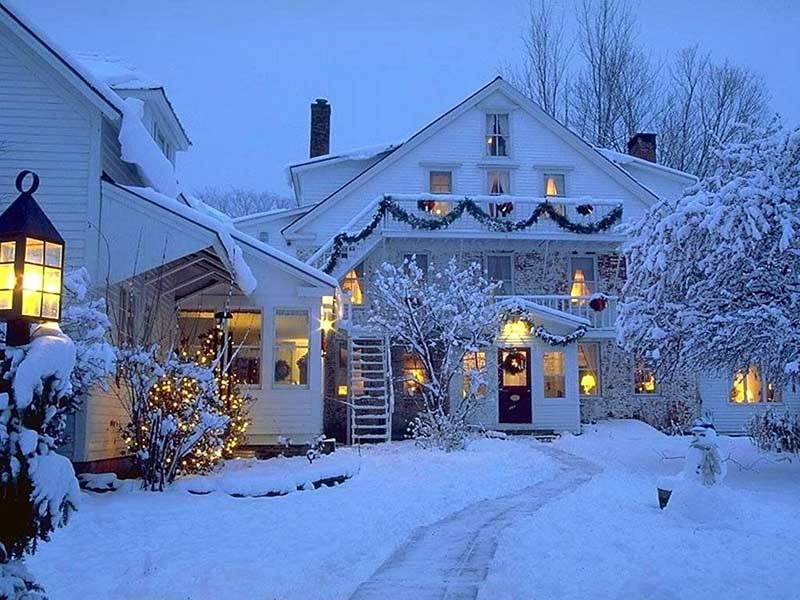 As I write this column, Christmas carols are playing softly in my den. Bing Crosby is singing “I’m dreaming of a white Christmas,” and in my mind’s eye I can see tiny rainbows sparkling through glistening icicles as snowflakes drift languidly down. Fence posts sport leaning, pointed white snow caps, and pine branches are shrouded in soft winter blankets. The snow cover glistens with thousands of frozen diamonds and the crisp and biting air tickles my nose. Most sounds are muffled by the feathery snow, and birds hop about scratching in the loose flakes to uncover seeds on hidden plants, their chirping calls ringing like tiny crystal bells.

Even here in Texas we think of Christmas as a snowy time, as evidenced by inflatable yard displays producing live Styrofoam snowstorms in the 75-degree weather. Windowpanes are accented with sprayed-on frost and in some windows, white-flocked Christmas trees shine with make-believe snow.

Snow is an amazing form of precipitation. When the air temperature is below freezing all the way to the ground, tiny crystals freeze from the airborne moisture and group together in endless variety, no two alike. Generally, the colder the temperature, the smaller the snowflakes. Contrary to popular belief, it can never be too cold to snow, but everywhere I’ve lived in cold country during brutal chill people often say “it’s too cold to snow.”

Snow is a great insulator because it traps minute pockets of air as it settles. That’s why snow caves and igloos are so useful in cold weather survival. And no, igloos are not made of ice and never have been. Ice has no insulation capability. Igloos are constructed of snow cut into blocks.

Snow is not only beautiful, it is also helpful insulation for ground dwelling animals in hibernation or partial hibernation (called aestivation), because it keeps soil temperatures from dropping to unsafe levels.

As snow accumulates, it provides a storehouse of life-giving moisture, ready to be gradually released into the soil, streams, and lakes when a gradually warming spring arrives. The slow melting allows water to percolate into the thirsty soil rather than run off in floods and damaging erosion.

In my dream of a white Christmas, ponds have frozen and gleeful skaters are more or less gracefully gliding over their surfaces, while confused fish below must wonder what in the world is going on above their heads. Ice is lighter than water so the pond freezes on the surface first, progressing slowly deeper as winter grips harder. Fish cannot survive being frozen in ice. They survive only as long as there is liquid water under the surface ice. If you don’t believe me freeze one of your goldfish in an ice cube and see what happens.

Ice fishers skid their shacks onto the frozen lakes and lower bait and lures through auger-cut holes to trick the fish below into believing in a free meal. Some snowmobilers dash across the frozen water or drive out with their cars and pickups. And every winter, some luckless or foolish folks find out the ice wasn’t thick enough as their vehicles sink to the bottom, occasionally taking their drivers to a frigid and watery grave.

My snowy Christmases have generally been gentle, quiet, and peaceful times. Winter night comes early and dawn arrives late. The warmth in the room soothes me. Candles gleam and orange flames flicker above ruddy coals as the logs in the fireplace hiss and pop. Many are the times I’ve stared, moth-like and mesmerized, seemingly miles deep into glowing coals as my thoughts drifted across the years and I let nostalgia envelop me. And this is as it should be at Christmas.

Christmas reverie and nostalgic recollections still control my thoughts and emotions at this time of the year. I visualize awe struck shepherds quietly watching their flocks by night in the hills near Bethlehem as myriad angels suddenly surrounded them and announced,

Fear not: for, behold, I bring you good tidings of great joy, which shall be to all people. For unto you is born this day in the city of David a Saviour, which is Christ the Lord…And suddenly there was with the angel a multitude of the heavenly host praising God, and saying, Glory to God in the highest and on earth peace, good will toward men.

And every year, I remember Linus’ words from A Charlie Brown Christmas when he said so simply, “That’s what Christmas is all about, Charlie Brown.” He’s right. May this season bring you happiness, tender memories, a spiritual rejuvenation, and a desire to be a better person in the coming year. Merry Christmas!