The last few months, the days have been getting shorter, the nights longer. The farther north you live, the more extreme the effect, until by Christmastime in the most northern parts of Canada and Alaska, there is a period when the sun barely illuminates the horizon. Darkness reigns supreme. Some people are strongly influenced by short days and suffer from serious depression during the winter. Called Seasonal Affective Dysfunction or SAD, it is sometimes referred to as cabin fever. When the long darkness comes and is coupled with day after day of overcast, snow and cold, the affects can be severe. For those suffering extreme depression from SAD, exposure to special light panels is sometimes used to artificially lengthen the sufferer’s day and alleviate their symptoms. And if SAD has you in its grips, take heart, we’re almost at the end of our very abbreviated southern gloom. On the 21st of this month at 12:35 p.m., the winter solstice arrives, bringing with it a reversal of the sun’s retreat toward the equator. Each day thereafter we’ll see a bit more daylight. 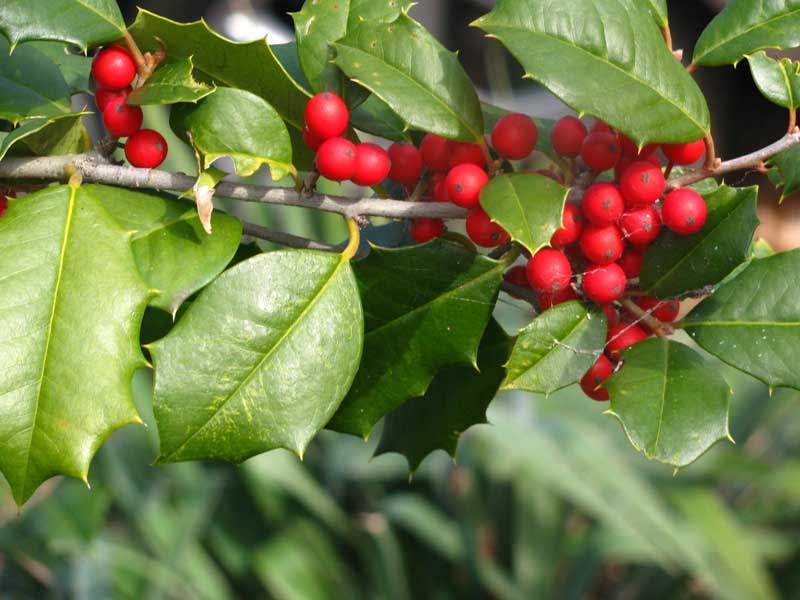 Photo by Nannette Turner / Creative Commons
Holly and its bright red berries are a distinctive part of Christmas traditions.

Not only have the days changed, so have the nights. The starry spectacle overhead is entirely different now than it was only a few months ago. Winter, and particularly Christmastime, brings out our brightest and best-known stars and constellations. By 10 p.m. the hourglass figure of Orion the Hunter is high in the eastern sky. This winter, the planets are also impressive. Just before sunset, brilliant white Venus gleams like a beacon low in the west. It will disappear below the horizon around 7:30 p.m. Low, near the eastern horizon, is bright orange Saturn. A pair of 10 power binoculars will reveal an oval hint of Saturn’s rings and a spotting scope or small telescope will greatly improve the view. Saturn will rise higher each night. Almost directly overhead, shines reddish Mars. To the left of Orion are the stars Castor and Pollux, the heads of the Gemini twins. Sirius, the Dog Star in Canis Major is just below Orion and is the brightest star in our heavens. Directly above Orion is the V-shaped pattern that is Taurus the Bull and still farther up, the tight cluster of stars called the Pleiades or Seven Sisters sparkles. If you have even a marginal interest in the stars, winter is the time to get completely hooked. Pick up a last-minute present - a beginners star book. Our mild winters make it easy to enjoy the overhead celestial show and the Christmas season is particularly enhanced for me by the brilliance of this display.

Christmas has long been intertwined with folklore and pagan practices. Holly for luck and divine blessings, mistletoe for kisses, lighted evergreen trees symbolizing eternal life and the starry night sky. The Christmas season is a complex blend of ancient Roman pagan beliefs, Christian dogma and more recently and sadly, political “correctness.” Tinsel and sleigh bells, Santa and elves, credit cards and sales, turkey and dressing, greed, avarice and the coveting of material goods have blurred and distorted the reason for the season. 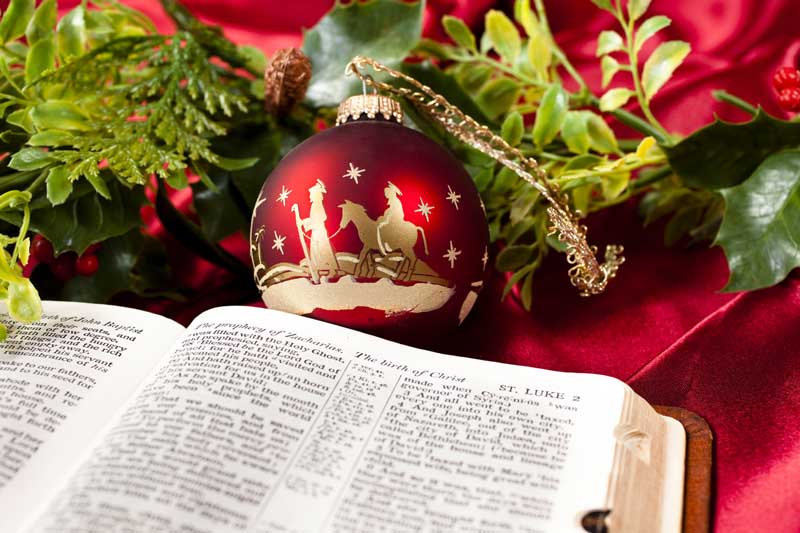 But, through it all, my childhood reverie and nostalgic recollections of Christmas past still control my thoughts and emotions. I visualize awe struck shepherds quietly watching their flocks by night in the hills near Bethlehem as myriad angels suddenly surrounded them and announced, “Fear not: for, behold, I bring you good tidings of great joy, which shall be to all people. For unto you is born this day in the city of David a Saviour, which is Christ the Lord…And suddenly there was with the angel a multitude of the heavenly host praising God, and saying, Glory to God in the highest and on earth peace, good will toward men.”

And every year, I remember Linus’ words from A Charlie Brown Christmas when he said it so simply. “That’s what Christmas is all about, Charlie Brown.” He’s right. May this season bring you happiness, a spiritual rejuvenation and a desire to be a better person. Merry Christmas!