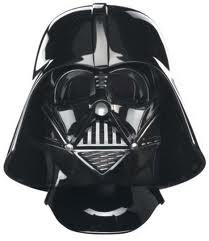 Evil is not fiction. It is real and at our doorstep.

This past weekend security and anti-terrorist forces around the world went into coordinated and high intensity action when two high-explosive-packed printer components were discovered in the holds of two cargo jets traveling from Yemen to the United States. Luckily, they were deactivated before they detonated. Since then several mail bombs exploded in various Greek cities. In today’s world terrorist activities tied to Middle Eastern radical religious elements pose a real and growing global threat.

In the movie Star Wars, at the moment the planet Alderaan was destroyed, Obi-wan Kenobi spoke the words, “I felt a great disturbance in The Force, as though millions of voices cried out in terror and were suddenly silenced.” A little over nine years ago a frighteningly similar, but not fictitious, event took place, and in brief moments nearly three thousand innocent lives were snuffed out in Al-Qaeda attacks on the Twin Towers in New York City. There must have been a significant disturbance in “The Force” then, too.

Certainly, there have been attacks that claimed more lives. A single atomic bomb dropped on Nagasaki, Japan during World War II claimed 75,000 lives in the blink of an eye; another detonated over Hiroshima destroyed 100,000 people. Allied incendiary raids over Germany created firestorms, killing many thousands of civilians overnight. These, however, were acts committed during a declared, full-scale war.

www.uclan.ac.uk
Humans are the only animals on the planet for power and control.

Nowadays, killings by the thousands have occurred in Mexico as competing drug cartels and their maniac minions battle over supremacy in an effort to flood civilization with dangerous, but highly profitable, drugs. In the United States gangs, with their roots in prisons and usually born of racial hatred, flourish on our streets. Sociopathic members of these gangs kill and maim apparently without the slightest flicker of emotion or conscience. Illegal drug trafficking, worth millions of dollars, forms the prime framework of most, if not all, of these groups.

Death in nature is commonplace, even in massive numbers. Bats, dragonflies, owls, hawks, coyotes, foxes, skunks, and numberless other predators stalk the fields and forests. However, these animals are not random killers merely intent on bringing pain and death for political, monetary, or ideological purposes.

Humans, though, are a paradox because of our communication ability, the complex nature of our cultures, and our viciousness. At the same time, humans have developed systems of ethics and religion that largely revolve around peaceful coexistence. The essential writings and principles of Christians, Jews, Taoists, Hindus, most true believers in Islam, and a multitude of other religions oppose violence, terror, and wanton killing.

Native Americans, and many ancient civilizations, have had a belief in a Supreme Being and the assumption that this “Force” has a controlling influence for good in the universe. But, most philosophies and religions, ancient and modern, also believe that there is an opposing “dark side” that is very real. Today there is a “disturbance in The Force,” and all right-thinking people should be aware of its far-reaching influence.

Perhaps the most insidiously evil and destructive influences in our lives are those we take little thought of and bring into our homes on a regular basis. They are the influences of violent, gory TV programs, movies, and video games. Many studies strongly suggest that media has so trivialized evil, death, dismemberment, and destruction that our youth are growing up with a severely distorted tendency toward personal violence. Because of this influence, they are much more likely to injure or kill than ever before. If you doubt this or want to know more, I strongly encourage you to read the book On Killing by Lt. Col. Dave Grossman. It is intense, fascinating, frightening, depressing, and very enlightening.

Terrorism and violent crime are alive, well, and at war across the globe and in our country. Even though President Barrack Obama, in his greater wisdom, has dropped the phrase “Global War on Terror” in favor of “Overseas Contingency Operations” we are at war – a global war on crime, violence, and terror.

It is sad to think that anyone is so far removed from reality that they must ask “for whom the bell tolls.” It tolls for us all. Today we are all victims. But we don’t have to be. Our apathy must not allow the “Dark Side” to win.