Last week we traveled to northeastern Minnesota, chasing fall and its many colors and leaving our house-sitters behind sizzling in 90-degree heat.

Traveling from north to south is the horizontal equivalent of climbing higher on a mountain. In the latter case, every thousand feet of altitude gained means the temperature will fall 3-5 degrees. In the former, 500 miles of northern travel is about the same as gaining a thousand feet in elevation. In other words, the farther north you travel, the cooler it gets and vice versa.

Because of this, it’s chillier here in Minnesota than the temperatures we’ve been having in Texas. This afternoon it was only 65 degrees, and we’re expecting a low temperature of 22 degrees and a high of only 33 with mixed drizzle and snow showers in the next few days.

Our drive north provided a running preview of weather and colors yet to come in East Texas. In Oklahoma fall colors were already apparent, and mid-Missouri was definitely in autumn mode. Here in northeast Minnesota the fall color peak is about a week past and leaves are falling.

But, one thing we’ve seen along much of the way is drought, and the results this fall are two-fold: poor, short-lived fall colors and extreme fire danger. That’s exactly what East Texas can expect as well. However, here in northern Minnesota, fire in the forest has a grave and ghastly history, especially in the small town of Hinckley and surrounding communities. 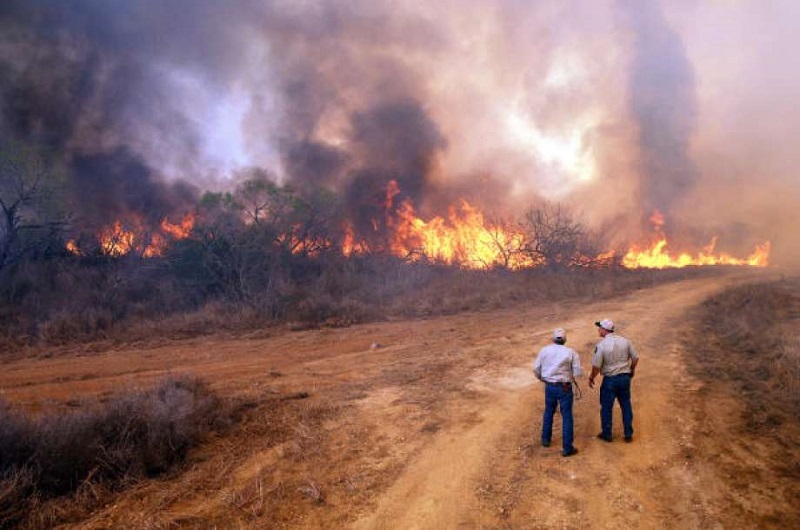 Photo by Chase Fountain, Texas Parks and Wildlife Department
A major wildfire burned over 15,000 acres of land in south Texas in 2008.

The forests of this region of Minnesota were originally white pine, with stands of these huge trees extending for miles. By 1869 logging was beginning in earnest in Hinckley and the surrounding area and over the next twenty years reached monumental proportions. “Cut and get out” was the logger motto.

In 1898 the region had one of the driest years then on record. Less than two inches of rain had fallen from May into September. The forests were bone dry. Compounding the problem was the fact that “slash,” the leftover cuttings from the logging operations, was piled up and carelessly burned in huge piles. In some cases, the slash was just left in unburned heaps, giant mounds of potential fuel for fire.

On September 1, 1894, several small fires, along with two major ones were burning in the area. The humidity was low and the temperature unusually high. Conditions were ripe for a major fire. Not only was the weather dry but also a temperature inversion was in place over the area, serving as a cap holding in the heat and dryness.

The two major fires then merged, forming a horrible holocaust. The temperature inversion was pierced by a huge rising column of flame and superheated air as smoke and flaming debris roared skyward. The conflagration became a firestorm, generating its own weather, with high winds driving it through the tinder dry trees and slash piles, blowing embers ahead of it. Like a blast from hell, it roared through town after town, hardly pausing as buildings and people were consumed. Today, aerial tankers would have been flown in to dump huge quantities of flame retardant ahead of the fire, but then no such technology existed. 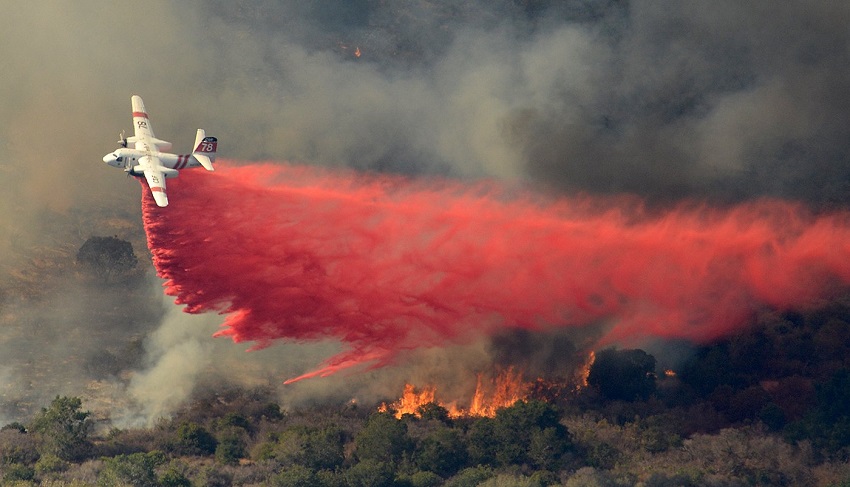 With horror, people watched black smoke clouds filled with orange and yellow billows of flame race toward their communities. In vain they tried to escape, but to no avail. In four short hours, the fire entirely destroyed six communities, consuming 400 square miles of forests and killing more than 400 people.

While we in East Texas are unlikely to ever be faced with a forest fire of such magnitude, we definitely have the makings of extreme burns. Burn bans exist in most East Texas counties. If significant rains don’t come soon, others will be added to the list.

As fall continues, deciduous trees will drop their dry leaves to the forest floor where carpets of pine needles already lie thickly, enhancing the already high fuel load awaiting only a single spark to set it off. We must all be much more fire aware. When I watch a smoker drive down the road and flip a burning cigarette out the window, it curls my hair. It’s also a violation of the law. The bottom line is that fall in East Texas will be dry and dangerous. Let’s take a lesson from Hinckley, Minnesota and not have to learn the hard way.