Having recently observed a scruffy, skinny, obviously homeless, cat scuttle into the brush near our home, I was reminded of an incident that occurred about a year and a half ago and felt it was time to write about it again. It underlines a continuing problem causing a serious impact on wildlife populations in the fields and forests of our area.

At that time, there was quite a furor in the local media about the shooting of a cat that allegedly acted in an aggressive manner toward a man and his two small children. According to Samuel M. Holsome, of Appleby, Texas, in a letter to the Nacogdoches Daily Sentinel, a “stray tomcat…[with] no form of identification,” came on his property where it “hissed and growled” at his 2 and 3-year-old children. When Mr. Holsome went outside to confront the feline, it “turned, lunged…and chased [him] back into the house.” He ended the encounter with a 12-gauge shotgun blast. Holsome said he was later arrested, jailed on a charge of animal cruelty, and sentenced to community service and the payment of fines. 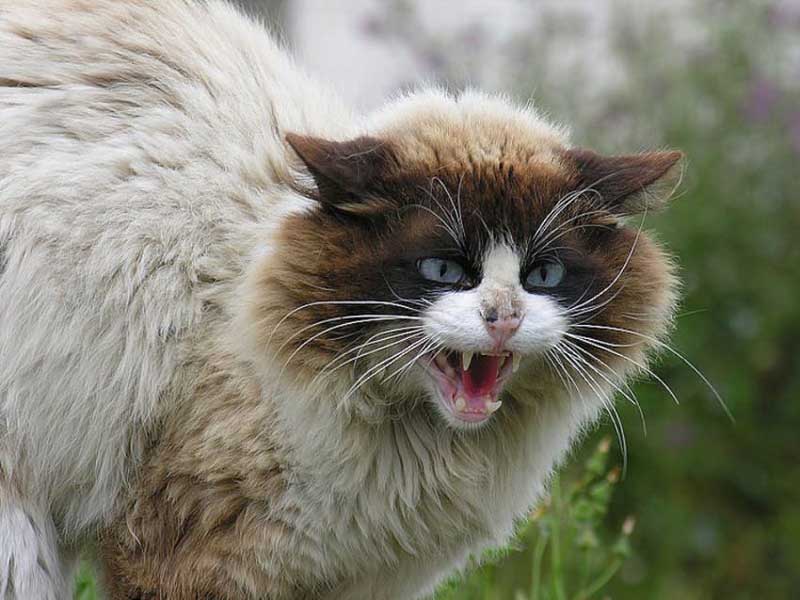 According to the Texas Penal Code Title 9, Chapter 42, Section 42.09, Subsection (a)(5), a person is guilty of cruelty when he “kills, seriously injures, or administers poison to an animal, other than cattle, horses, sheep, swine, or goats, belonging to another without legal authority or the owner’s effective consent.” A defense against prosecution can be that the “animal was discovered on the person’s property in the act of or immediately after injuring or killing the person’s goats, sheep, cattle, horses, swine, or poultry and that the person killed or injured the animal at the time of this discovery.” Merely attacking is insufficient grounds for using deadly force against the animal. If Holsome and/or his children had actually been injured, he might have legally killed the cat, if he acted immediately.

William D. Fitzwater, Director, New Mexico Outdoor Communicators, in an article entitled House Cats (Feral) states that cats are generally considered personal property if their ownership can be established by collars, tags, tattoos, brands, legal descriptions, and proof of ownership. Otherwise, he writes “they become the property of the landowner upon whose land they exist.” Nevertheless, in Texas that doesn’t allow their killing except under the circumstances stated above.

Holsome’s letter leaves several unanswered questions. Did he know who owned the cat? Could he have contacted the owner and requested them to control it? Could he have live-trapped the animal, a legal solution, and turned it over either to the owner or animal control authorities? Did he suspect the animal might be rabid and that he was taking life-saving action? Under those circumstances, I likely would have shot it too, but using a shotgun could have damaged its brain and made it impossible to test for rabies. Apparently, he wasn’t too worried about that or he wouldn’t have casually handled it to “dispose of it in a nearby road ditch.” In any case, the situation is complex at best, and highlights an unclear or controversial area of law.

Rather than debating the laws involved, which to my mind are ridiculous in many respects, let’s consider domestic and feral cats in general. As you read on, please understand that I am a cat owner and dearly love our furry friend, even though our family clearly recognizes that all cats, whether wild or cared for, are confirmed killers-for-pleasure who only tolerate humans as a convenient source of room and board, and then only when it suits them.

Originating from the European or African Wild Cat, domestic cats haven’t changed very much since 2000 BC when they were first semi-domesticated by the Egyptians. The American Bird Conservancy estimated that there are “at least 65.8 million pet cats in the United States, and about half of them are outdoor cats.” When feral or “wild” cats – those that have been abandoned and live on their own – are added to these figures, there are perhaps 100 million cats in the United States. John S. Coleman, Stanley A. Temple, and Scott R. Craven at the University of Wisconsin, state that in some parts of rural Wisconsin, there are as many as 114 cats per square mile - much more abundant than foxes, raccoons, and skunks.

Many city and most rural felines are outdoor pets, allowed to freely roam part or all of the time. They supplement their diet by killing, and sometimes eating, up to 40 million birds annually in the United States. Dr. Stanley Temple at the University of Wisconsin calculates that rural cats in that state alone kill up to 39 million birds each year. In Texas they also kill numberless small mammals, snakes, lizards, and frogs. Even well-fed cats stalk and kill wildlife, usually not eating their victims. B.M. Fitzgerald’s research, covering a 50-year period on six continents, shows that 70% of the diet of outdoor cats is small mammals, 20% birds, and 10% other animals. Outdoor cats also compete for food with natural predators such as hawks. 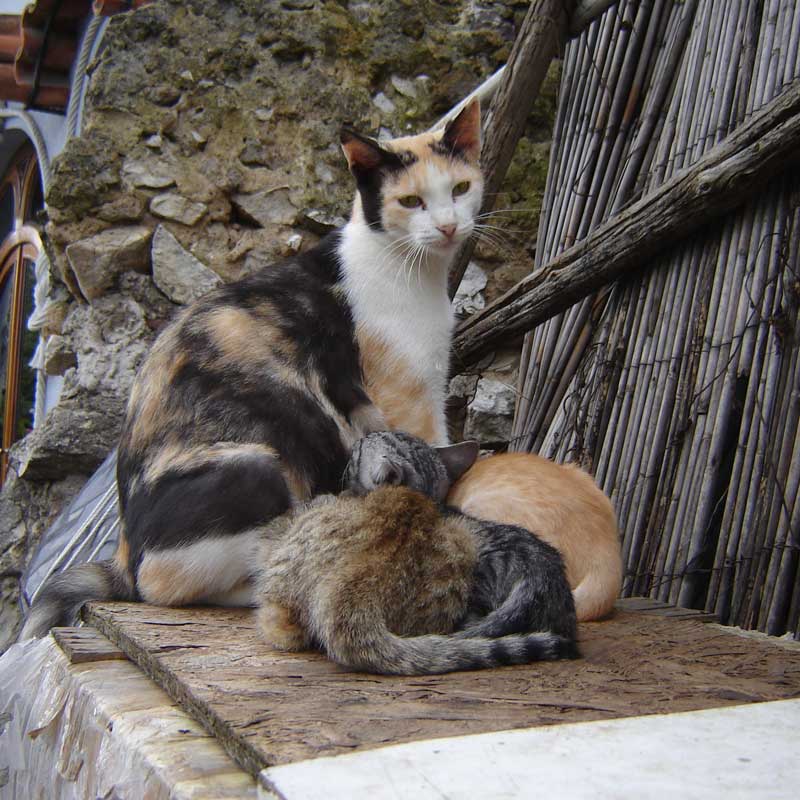 House cats are exotic, introduced, species in the wild. Their presence severely unbalances the natural scheme of things. When they go wild, living entirely apart from human support, they form a huge potential reservoir for diseases such as rabies, distemper, plague, tularemia, and a half-dozen others, as well as ticks, fleas, and mites. In addition, feral cats generally only live three stress-filled years, while indoor cats can live 17 or more years. In short, cats are a dangerous and unwelcome addition to field and forest ecosystems.

So, cats are everywhere, and they reproduce like rabbits. Each year millions of unwanted cats are taken to animal shelters where 85-90% of them remain homeless, and are ultimately euthanized - put to sleep, killed. Millions of other outdoor cats simply become grease spots on roads and highways.

So, what can you do?

Remember, no matter what the law says and whether you think it’s right or not, many people consider cats a pain in the neck under all circumstances, especially when they are trespassers. Furthermore, cat owners should be clearly aware that the general and frequently applied solution to stray cats in rural areas, whether they are aggressive or not, is “heeere kitty kitty - Boom!”