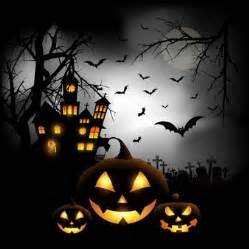 Halloween is tomorrow and according to tradition, myth and ancient lore, eerie creatures of the dark will roam the night. Bats will silently flap through the skies on leathern wings, owls will stare balefully down with huge yellow eyes hooting ominously, black cats will slink through the shadows and some think witches on broomsticks will ride through the skies on their Harry Potter-like steeds, silhouetted against the moon’s glowing orb. And along with these creatures, a whole hoard of small humans in costume will, for one night become pirates, skeletons, fairies, cats, rats, dogs and demons as they knock, knock, knock on your door chanting “trick or treat” awaiting handouts of confections and other treats.

Halloween has become a mixed holiday with roots that date back to antiquity. Ancient Celts in Great Britain, northern France and Ireland believed that at this time of the year the spirits of the dead visited the earth bent on deviltry and mayhem. Costumes began to be worn in an effort to confuse these harbingers of doom.

Trick or treating may have originated with All Soul’s Day in England. Beggars pled for food and would receive “soul cakes” promising to pray for the contributors dead relatives. Today’s pudgy little “beggars” in high value costumes are a far cry from that tradition.

Those glowing orange jack-o-lanterns, according to Jack Emory writing about urban legends, meant “man with a lantern – a night watchman. But it also was tied to mysterious lights seen at night over marshes. Sometimes called “will o’ the wisp” or fox fire, they were natural methane emissions associated with ghosts and fairies and believed to play pranks on travelers.

In Ireland people would hollow out turnips with carved human faces and a candle inside representing spirits of the dead. Modern carved pumpkins now serve this purpose and some are artistic masterpieces.

But what about those truly spooky parts of Halloween like werewolves and vampires? Vampires had their major debut with Bram Stoker’s 1897 novel, Dracula. It was the story of a real life Transylvanian prince, Count Vlad Dracula, who lived in the 1400s and had the ghastly habit of impaling his enemies on wooden stakes. Although Dracula was not a real vampire he certainly was not a nice person.

The vampire legend has some basis in fact since there are large bats in tropical regions that feed on the blood of cattle and sometimes people. Some believed vampires were dead people who had to return to their caskets before sunrise or risk destruction.

Werewolves had their origin in ancient Europe and were believed to be humans who turned into ravaging wolves during night of a full moon attacking and devouring animals and people.

Owls are good Halloween candidates simply because they fly silently through the nighttime forests seeking mouse morsels, have spooky large eyes to see in the dark and have the amazing ability to rotate their head almost all the way around like a strange mechanical toy. Besides, they don’t sing, chirp or whistle, they whooooot. Whoooooo’s there? Youuuuuu, that’s whooooooo. Scary.

Black cats were long believed to be kept by witches and were part and parcel of their evil spells, often riding with the witches on their broomsticks. The Wicked Witch of the West in The Wizard of Oz is a great example and stereotype.

What about spiders? They have too many legs, live in dark, secluded places and scuttle around being frightening. Need any other reasons? Squiggly, scurry spiders are spooky and that’s that!

Then there’s Charlie Brown’s Halloween. Linus, Lucy’s brother is the bane to her existence. She thinks he’s a nut case because every Halloween he believes the Great Pumpkin will rise from the “most sincere” pumpkin patch, flying off to take toys to faithful boys and girls. So Linus spends Halloween night freezing his tail off waiting in what he thinks is the right patch waiting for the ascension of the Great Pumpkin. He never shows. But each year finds Linus again on his lonely quest among the pumpkins awaiting his arrival anyway.

Well Linus, I have news for you. You’re in the wrong pumpkin patch. It’s actually located just west of Fort Madison, Iowa on Highway 2. I’ve seen it and I know in my heart, as I see it stretching across the hills, that will be where the GP will be this year. If I wasn’t going to be back in Nacogdoches by then, I’d be out there, waiting for him. He’ll be there. I’m sure. Sends cold chills down my back to think of the majesty of that event. Maybe it would be worth postponing my return to Texas a few days just to see it. Naw – probably not. But, I’d like to. Nature’s kind of funny. You just never know.