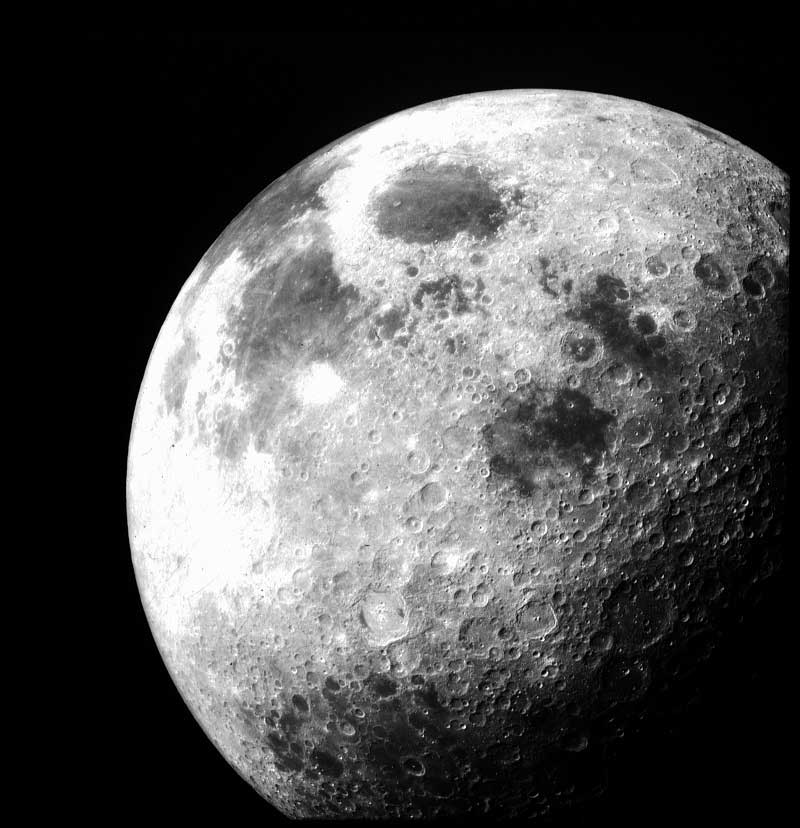 NASA
The full moon on September 27th will be a “Super Moon,” closer to Earth and brighter than even. Go out after sunset and have a look.

On Friday, the 31st of July, a spectacular second full moon of the month, and therefore a “blue moon,” soared into the eastern sky, gleaming so brightly you could read by it. I was in Virginia and it was the night before our grandson, Paul III, was married. There won’t be another blue moon until January 31, 2018. What a nice wedding present. Or at least, that’s my feeling. Others have different interpretations. Some police officers think full moons bring out the craziness in people. According to which research you read, that’s true; other studies say it isn’t.

In any case, one of our granddaughters’ husbands is a deputy sheriff in a Virginia county, and we had a long talk about the affects of a full moon on nutsy people. He thinks people do weird things on full moon nights. Other officers I’ve spoken with, including the Nacogdoches Texas Police Chief Jim Sevey, hold to the idea that it’s a myth. I guess folks are a little unbalanced most of the time, and their actions are equally distributed throughout the year.

Moons have various cultural names. The Rustler’s Moon, mentioned in the movie “Lonesome Dove,” meant it was bright enough to see your target cattle, but dim enough to conceal your nefarious activity from others and avoid the hangman’s noose.

The full moon September 27th will be a Harvest Moon, and not only will it be bright, but also the most brilliant and closest to the earth of the year; called a “super moon.” Harvest Moons rise in full glory shortly after sunset, and in the days when there were no lights on farm equipment, it gave enough light to continue reaping, not only “while the sun shines,” but also well into the night.

Don’t remember? You’re probably too young, and you romance your sweetheart by the glow of your smart phone while texting each other!!

The “Hunter’s Moon,” or “Blood Moon,” is the first full moon after the Harvest Moon, and will be October 27th this year. The name comes from the Native American belief that the deer are fattened and it’s time to harvest meat for the winter.

The ever popular “Looney Tunes” has it’s derivation from Luna (the moon), lunatic, crazy, etc., and fits Warner Brothers’ character Bugs Bunny perfectly. The stories are endless. There is a whole other set of full moon stories connected with witchcraft, werewolves, Dracula, owls, and other scary stories. Luna, the moon, has long been associated, rightly or wrongly, with insanity – as in lunatic or loony. Demon-possessed people are supposed to change to hairy, long-fanged, blood drinking fiends called werewolves when the moon is full. But that’s for another day.

In my case, full moons don’t make me get spooky and weird, or at least I don’t think so. You’d have to ask my wife. But I don’t think she’s ever caught me in the backyard howling at that glowing orb. Our local coyotes do, but so far I have controlled the urge. Instead, I find our brightly illuminated satellite a source of peace and tranquility. Unchanging, for all intents and purposes, it provides a sense of stability that’s been there ever since I can remember. Throw in a small campfire, the fragrance of wood smoke, and the combination is better than Valium for stress management.

So take a break. You deserve it. Put on some mosquito repellent and go soak up some moon rays. They may change your whole attitude. It’s sad that poorly planned city lights and farm lights have detracted so much from the pleasure of the night. Get away from the glare and head into the country, and experience one of the most pleasant parts of our fields and forests, the night and the moon. It’s a lot less expensive than a counseling session or prescription drugs, and may do you just as much or more good.