Since ancient times, the measurement of time hasn’t really been a concern for most people. Like the weather, it just happened. Only philosophers, astronomers, astrologers and scientists were intrigued by the details of time. However, there were no simple and accurate ways to measure it, although nature did provide a number of events that repeated at regular intervals. The rising and setting of the sun and moon and the changing of the moon’s phases were examples noted with great interest. Stars and constellations rose and set systematically and correlated with seasonal changes. As far back as 4,236 BC, the ancient Egyptians calculated that each time the Dog Star, Sirius, in Canis Major rose next to the sun, 365 days had passed, providing a scale for the year.

With the much greater precision now possible, a day is defined as the time between two sunrises, or 24.0275 hours, the time required for Earth to rotate once on its axis. A month, new moon to new moon, is 29.530 days. One year passes as our planet completes an orbit around the sun in 364.2422 days. The Egyptians’ calculations were very close! To correct for minor calculation errors, an extra day gets thrown in every fourth year producing a Leap Year. That’s why this February will have 29 days. 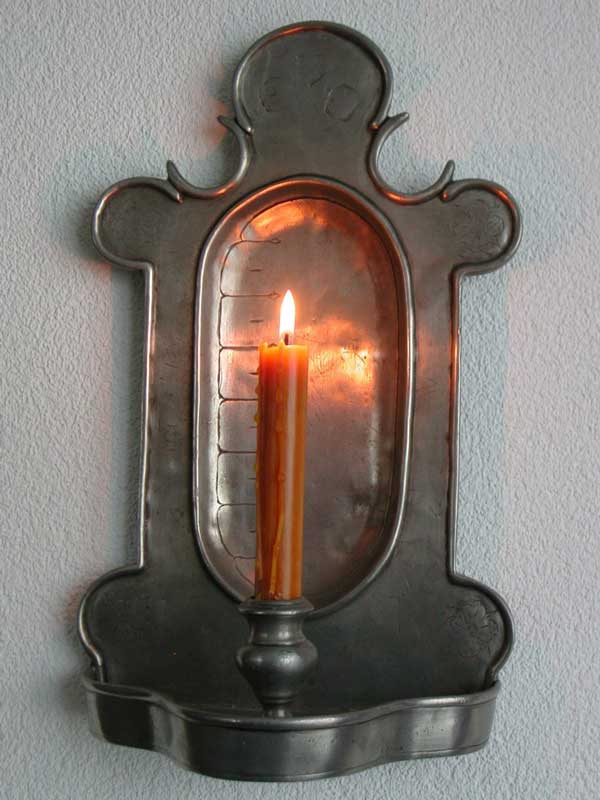 Wikipedia Creative Commons
A 10-inch candle isn’t all gone until the last of the 10th inch has melted away.

Even though you may or may not be interested in all this detail, my point is that some people were examining the passage of time long before it was estimated by devices that dripped water or trickled sand or by the burning of candles with marks on their sides. By the way, a 10-inch candle isn’t all gone until the last of the 10th inch has melted away. Get the picture? Hold that thought.

As we look back over hundreds or thousands of years, few people were concerned about time scales other than those related to planting and harvest seasons. But, in an effort to help educate the common folk, philosophers, scientists and clergy felt they had to share their knowledge and their fears whenever possible. People began to be more aware, curious, and anxious. Years ending with the number nine appear to have had an almost mystical significance that fascinated and confused folks. They became nervous as the nines showed up. If 1999 is any example, they still do. Superstition prevailed then, and to some extent it still does.

So here we are, three days until the year 2000, and according to popular wisdom, the end of the 20th century. The only problem is that the new millennium doesn’t start until 2001. If you’re predicting or expecting something, dire or otherwise, at the start of the next century, you have a 368-day wait. Don’t go to the airport this Saturday to board the UFO on which you’ve reserved space for a journey to another dimension on the first day of the 21st century. You’re simply too early.

You don’t believe me? Well, no less prestigious a source than the U.S. Naval Observatory maintains a countdown clock showing to the fraction of a second the time remaining until the coming New Year, and also the New Millennium. The two events, as you may have guessed by now, are 12 months apart. You can check that out at www.usno.navy.mil. Tasked with, among other things, keeping track of the exact position of the earth, its orbit and rotation, the orbits of the moon and our solar system’s planets, as well as the exact time, the Naval Observatory is an official source of very precise environmental information.

Let’s look at it another way. There are 100 years in a century. Right? Right! Count ‘em. When the 99th year is finished, is the century complete? Nope! In a millennium there are 1000 years. As the last second of the 999th year clicks off, there are still 12 months remaining. Now, here we are about to conclude our voyage through the 1999th year since the transition from BC to AD, and we are still a year short of finishing out the full 2000. Remember the ten-inch candle? It has to burn that last inch. Rats! What a disappointment. All this furor, anxiety, and hoopla and then, well - nothing. Oh well, there’s always next year.

The animals and plants of the fields and forests don’t wear watches with quartz movements or digital readouts. They’re unlikely to join in all this foolishness about the end of the millennium, but their lives, like ours and those of the ancients, are still linked to changes in the sun, the moon, the tides, and the seasons. Their internal biochemical clocks function even if they don’t realize it or know the time, date or day of the week. Governed by these innate timers, animals eat, sleep, hibernate, breed, grow fur and shed. Plants produce flowers and seed, leaves turn color and fall. But, in their lives and ours, a day won’t be over until it’s over, and neither will a century or a millennium. Remember the 10-inch candle? So, welcome to the start of the last year of the millennium candle and the beginning of the New Year. May 2000 bring you success, happiness, and peace.