On the first of this month, Daylight Savings Time ended. Clocks were turned back an hour and darkness came correspondingly earlier. When you read this column the sun will set at 5:15 pm, and a waning moon will be barely a crescent rising at 5:15 a.m., and setting at 4:19 p.m., illuminating the night not at all. 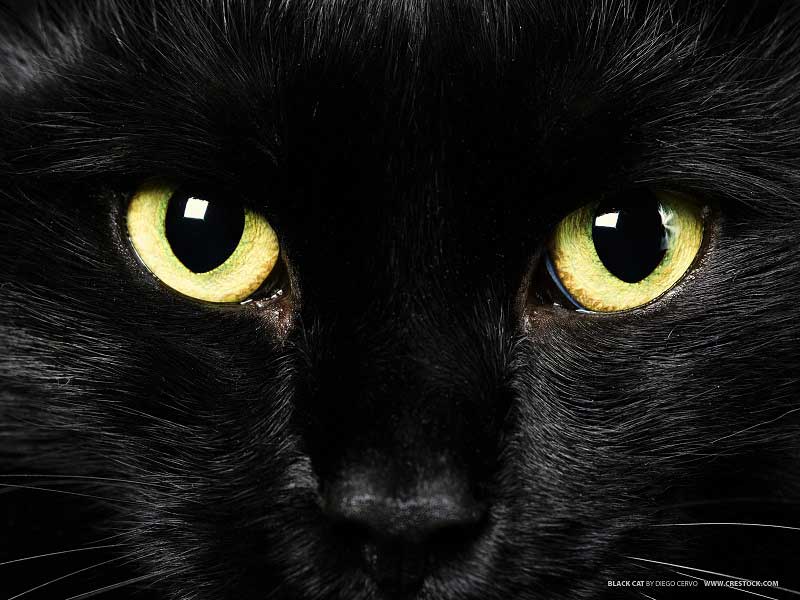 Photo by Diego Cervo
In darkness, the pupils of a cat’s eyes change from narrow slits to round and wide open to allow more light to enter.

Is it Darker Nowadays?

Maybe it’s just my mood but it seems to me that nights this year are much, much longer and darker. Certainly in the sense that light and dark correspond to goodness and evil, the entire world seems much darker. We seem to be sinking into a morass of evil. Fourteen people are dead and 21 are hospitalized following a maniacally evil mass murder in San Bernardino, California on the second of this month. The powers of darkness and evil seem to be frighteningly on the rise in this country, and certainly around the world.

The narrator in an old radio thriller called “The Shadow” always began the program with the prophetic words “Who knows what evil lurks in the hearts of men? The weed of crime bears bitter fruit. The Shadow knows.” Those lines, accompanied by scary music, used to scare the daylights (interesting comparison?) out of me when I was a child. Crime rates, not surprisingly, increase during the night.

But let’s consider less threatening personal experiences in the nighttime field and forests. As the sun goes down animals that have been sleeping during the daylight hours awaken. In darkness that would cause us to blunder into trees, they move unerringly in their quest for a meal. How do they do that?

Nocturnal animals’ eyes are specially constructed to allow them to see under reduced light conditions. First, the iris in their eyes opens much wider than ours, permitting more light to enter. Second, they have more dim-light receptor cells in their eyes than humans do, and third, their eyes have a reflective, light-intensifying layer at the back called a tapetum that humans don’t have. Have you ever shined a flashlight into the woods at night and been shocked to see gleaming eyes watching you? That’s the light reflecting off an animal’s tapetum. Depending on the creature, the reflection will be yellow, gold, orange, red, or green. As a kid those glowing eyes also scared the heck out of me.

To see more clearly, look a fraction to the side of objects at night. Called averted vision, this technique forces the image reaching your retina to shift from daylight, color-sensitive cone cells, to dim-light, non-color receptors called rod cells. Also, allow your eyes time to adapt to the dark. It takes 20-40 minutes for them to reach peak night sensitivity.

Nowadays, light vision optics are available that electronically enhance starlight, moonlight, and other ambient light. They are often used by law enforcement and the military to capture or take down the “bad guys,” and can be mounted on sniper rifles and military helmets. Hand-held binocular and monocular versions are also used. Heat sensing optical devices provide an image by sensing the temperature differences of objects in view. All these are also available on the civilian market, but are very expensive.

So, if you’re out at night, remember to use your eyes to the best advantage. Use averted vision, and take time for your eyes to adapt. If you must have more light, use a flashlight with a red lens. White light temporarily ruins your night vision. Also, most animals can’t see red light, so you won’t frighten them away as you explore the night.

Finally, don’t be too afraid in the dark night woods. Most animals in the fields and forests, including snakes, are doing everything they can to avoid you. Just move slowly to give them time to get out of your way. The night is a fascinating time to be in the fields and forests. Take a night nature walk and see what I mean. You’re probably safer there than in the city, where darkness and evil combine to mean something entirely different.