As I mentioned in Part One of this article two weeks ago, rabies is generally considered a wildlife disease, predominantly in raccoons, foxes, skunks, coyotes, and bats. However, humans and domestic animals can be also infected, including horses and cows.

A rabid animal doesn’t necessarily become aggressive. It often simply becomes lethargic, unresponsive and crawls away to die. A rabid animal may not flee at your approach as it would normally. This is a warning sign. Do not handle animals that appear to be acting strangely. Frankly, it’s not a good idea to handle wildlife under any conditions. 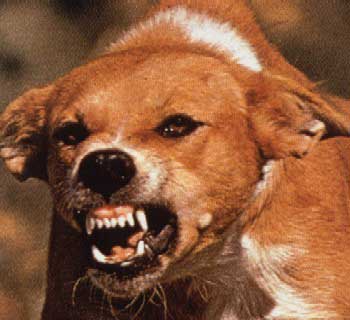 Pets can be infected with the Rabies virus if they are bitten by a rabid animal. It is critical to keep their vaccinations up-to-date.

Rabies in foxes, raccoons and coyotes has become a serious problem in many states, including Texas. Free-roaming unvaccinated domestic cats and dogs coming in contact with these rabid wild animals can become ill and transfer rabies to their owners and/or other pets. Luckily, there is an oral rabies vaccine packaged in tasty bait pellets that can be air-dropped into affected areas. This air-dropped vaccine has proved to be very effective in controlling rabies in wildlife populations across the United States and parts of Canada.

Both bats and skunks are commonly found throughout Texas and they are the most likely wild animals to be rabid. According to the Texas Department of State Health Services, in 2014 there were 512 cases of bat rabies and 504 cases of rabid skunks identified.

But don’t get too worked up. There are multi-millions of bats in Texas and most are not only healthy, they are fascinating. In Austin, the Congress Avenue Bridge houses about 1.5 million Mexican free-tailed bats that each evening spiral into the sky in a flapping black cloud. So impressive is the daily flight, it is estimated that 100,000 tourists go to watch the spectacle each year and contribute about $10 million dollars to the local economy. Each evening, experts say the bats dine on 10,000 to 20,000 pounds of insects! So, bats definitely contribute to pest control. Of course, they also produce huge quantities of bat droppings, called guano, under the bridge.

Bats are mammals that look quite a bit like leather-winged mice and they occasionally get into buildings and homes through very small openings. Herein lies a potential problem. Sometimes people are bitten by a bat, either as it panics when they try to drive it out of a home or on purpose in the case of a rabid bat. A bat has tiny teeth and its bite may not be noticed, especially by a sleeping person. The Centers for Disease Control guidelines state “if a bat has been found in a room where people have been sleeping; if an adult finds a bat in the room with a previously unattended child; or a bat is found in the presence of a mentally disabled or intoxicated person, you must assume that an exposure has occurred” and medical advice should be sought immediately. Your physician may recommend post-exposure immunization.

A 46-year-old Alexandria, Minnesota man’s death from rabies on October 20, 2007 emphasizes the importance of being proactive. He was stacking wood when he “came in contact” with a bat. He didn’t realize he’d been bitten since there was no apparent blood or bite marks. He felt only a pinprick on his hand and did not seek medical care. By the time his developing symptoms were traced to the bat encounter, it was too late. After developing a tingling in his hand, he soon lost his ability to talk and move, and by mid-October he was in a deep coma and died. After symptoms develop, medical treatment is almost always ineffective and virtually every victim dies.

Nevertheless, let me say again, most bats are not rabid and they perform a great service in insect control. Some people build and mount artificial bat boxes to provide roosting locations for bats. But, these interesting creatures with their ultrasonic sonar targeting systems are unfortunately often maligned as evil pests. Bat Conservation International is striving to educate people about these threatened animals. If you’d like to read more about them go to www.batcon.org for a revealing source of information.

Be aware. You can help control rabies. All domestic cats and dogs should receive rabies vaccine. If yours hasn’t gotten them, get it done.

Your chances of encountering a rabid animal in our field and forests are miniscule. But if you are bitten or have questionable contact with a wild creature, see a doctor immediately! And never handle a bat or other animal that appears to be ill.