Last week, on the 26th of December, the day after Christmas and five days after Winter Solstice, former President of the United States, Gerald R. Ford, died. He was inaugurated President in August of 1974 and served until 1976 – a total of 29 months.

But my purpose here is not to recite President Ford’s accomplishments in office, the events of his long life of 93 years, or the political issues he confronted or in which he was embroiled. Rather, I wish to reflect on the relatively brief extent of all mortal life, and perhaps the significance of this time of year for personal reflection and renewal.

Some organisms, such as bristlecone pines, live many thousands of years, far longer than even patriarchal redwoods. The Galapagos tortoise’ life is measured in hundreds of years. Dogs and cats live up to 15 years or slightly longer. Many small mammals live only 3 to 5 years, and butterflies see only a fleeting single season. Humans, the Bible has said, might expect a “three score and ten,” or 70-year lifespan. Some people in modern times have lived well over 100 years.

We are now 13 days into winter and three days into a new year. Temperatures are lower than at other seasons, and days shorter. As you read this column there will be 10 hours and 9 minutes of daylight, although from the 21st of December our days began to be very gradually but definitely longer. Birds, mammals, reptiles and amphibians, and plants from towering forest giants to nearly microscopic lichens and bacteria sense changing day length and alter their life processes in concert with the shortening days of fall and lengthening light of late winter. Their life processes correspondingly change.

Deciduous trees paused in their sap production, their leaves coloring then falling. Squirrels spent hours gathering acorns and nuts, and drying mushrooms for storage. Frogs and toads buried themselves in mud to pause for a season, awaiting the warming rays of spring sun. Many birds fled south and a great quiet descended upon the fields and forests. Once flexible and resilient tree branches now sway and creak in arthritic stiffness. Although the sky may be brilliant with the pale blue of winter there is a sense of pause, of waiting, of restoring strength for a coming new and vigorous and vital season.

Although many animals overwinter successfully and are, in a sense, resurrected in the spring, winter is also a time of death. Across the animal world many will never arise as spring’s sun moves higher in the sky. Death is a reality of all life and part of an eternal continuum. 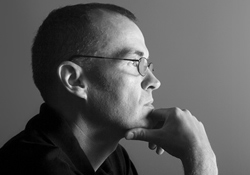 Take time to ponder the past, and to
look forward to the future.

Any death hurts and gives pause for introspection, but losses during the Christmas season are especially difficult. During my 17th year of age, and two years after the death of my mother, my father suffered a serious coronary occlusion. He lingered for three weeks – a time spanning the Christmas season, and died on New Year’s Day. As an only child living in California far from my few Indiana relatives, it was a time of uncertainty and sadness. The reality of life’s shortness bore heavily upon me. The Christmas season has, ever since that difficult time many years ago, been a time of mixed emotions. Joy at the commemoration of the birth of our Savior Jesus Christ, God’s Son, and often almost incapacitating melancholy vie with one another.

As a biologist I know and accept death as a part of life, and as a Christian and member of the Church of Jesus Christ of Latter-day Saints, I recognize and accept it as a part of an eternal plan of which we know few minute details and accept largely on faith.

Nevertheless, each sparrow that falls is marked by God, and each time I find the mortal remains of another organism in the fields and forests, it gives me pause to reflect and vow to renew my pledge to be a better, more caring person. And, the words of a favorite hymn by Will L. Thompson come to mind:

Have I done any good in the world today? Have I helped anyone in need?

Have I cheered up the sad and made someone feel glad? If not I have failed indeed.

Has anyone’s burden been lighter today because I was willing to share?
Have the sick and the weary been helped on their way?
When they needed my help was I there?

Then wake up and do something more than dream of your mansions above.
Doing good is a pleasure, a joy beyond measure, a blessing of duty and love.

Truly this season ought to be one of reflection and renewal. May we so live that our limited time on the earth may be productive, uplifting to those around us, as well as personally and spiritually fulfilling. May your New Year be filled with happiness.