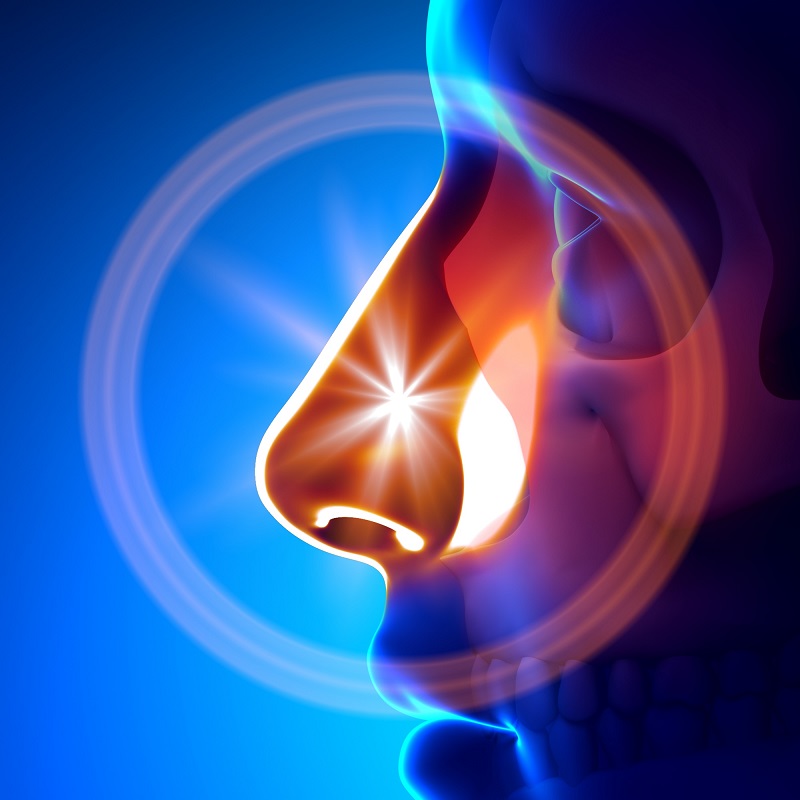 Photo by decade3d, from http://peakentandvoicecenter.com
Our sense of smell is an amazing thing, but many animals are much more sensitive.

Our sense of smell tells us a great deal about the environment. Gasoline fumes, automobile exhaust, a dead animal, body odor, burning leaves, honeysuckle blossoms, bacon frying and coffee perking are a sample of the many fragrances we easily recognize. Our sense of smell enhances our appreciation of the environment. Wild mammals, insects, reptiles, and even fish depend on smell to identify friend or foe, find a mate, locate food, follow and stalk other creatures, avoid toxic substances, and drive away predators. In fact, their lives often depend on their sense of smell.

Ants follow a scent trail as they wend their way to and from food or building materials. Want to mess with an ant’s mind? Rub your finger across their path. They quickly become disoriented and ramble all over the place, perhaps mumbling “Whoa! What happened? I’m lost! I can’t smell where I’m going!” In their nest, ant behavior is determined almost completely by complex chemical odors. They identify other members of the nest as well as intruders. Trespassers quickly become the target of violent attacks triggered by “warfare odors” released by the home team.

Ever notice butterflies or moths fluttering around pursuing each other? They are following a plume of chemical scent. Called pheromones, these chemicals are responsible for males and females finding each other. Butterflies and moths fly up the scent gradient the way you would locate a forest fire by moving toward its increasingly strong odor.

Bark beetles, one of the main causes of dying and dead pines and other conifers, follow chemicals released on the breeze by sick trees, and then release pheromones to attract more beetles.

Mammals, including humans, use their sense of smell to recognize their offspring. Coyotes, wolves, dogs, and cats can perceive numberless different scents at concentrations thousands of times too dilute for us to notice. Watch your dog as it relaxes on the porch. His nose is constantly in motion sniffing, snuffling, and snorting. Snorting cleanses the smell receptors, giving them renewed sensitivity. It works with people, too. If you are alone, or just not worried that people will think you’re crazy, try smelling the air like a dog does. Sniff! Sniff! Sniff! Snort! Snort! Sniff! Sniff! Sniff! It helps.

Fragrant perfumes, colognes, aftershave lotions and soaps make us more appealing or less repellant to each other. Aroma therapists believe that fragrances control emotions and thought. Some fragrances produce feelings of relaxation, tranquility, and romance. The scent of lemon has been shown to decrease computer data entry errors by keyboard operators.

Smell is essential in helping us taste. The receptors on our tongue are capable only of telling us that something is sweet, salty, sour, or bitter. Coupled with odors however, we can readily identify a multitude of subtle substances. Wine tasters rely on their sense of smell to enhance their sense of flavors. A gourmet food aficionado with a cold is in deep trouble. 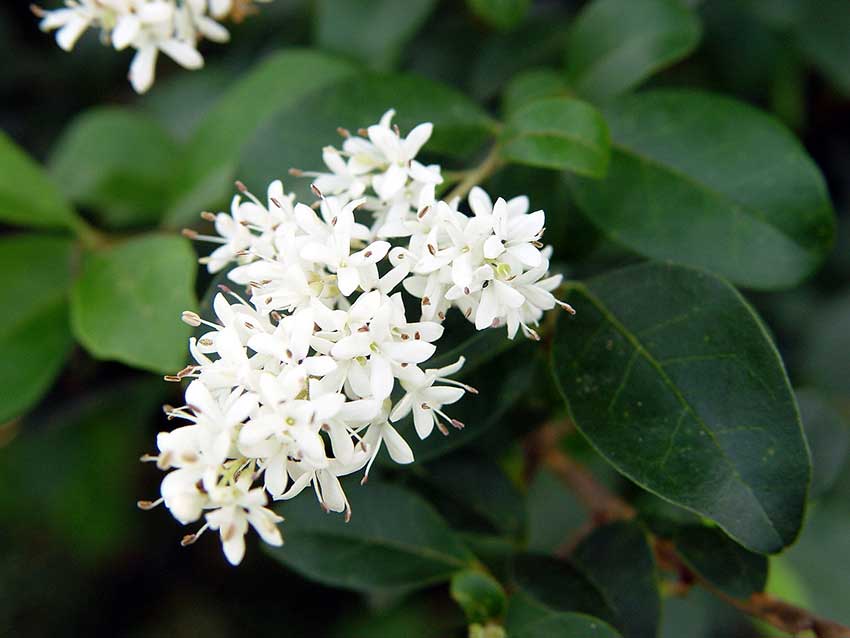 Photo by Paul H. Risk
Privet is blooming now, and adds a wonderful fragrance to spring.

Some fragrances are easy to describe to another person. Most people know what a rose or a lemon smells like. But try to describe the odor of sea air, a summer evening, or even a dead dog in definite terms and you’re in trouble. To further confuse things, the same flower you think smells wonderful may be completely uninteresting to another person.

As spring moves toward summer, the fragrances of the wilds have increased. Honeysuckles, privet, chinaberry, Mimosa, greening leaves and grass, damp earth and many other aromas compete with each other.

The power of a fragrance to cause memory flashbacks is familiar to everyone. A whiff of burning leaves or wood smoke rekindles recollections of fall, picnics or camping.

Maya Pines, writing for the Howard Hughes Medical Institute quoted the French poet Marcel Proust as saying that to best experience memories he needed to taste and smell them. He wrote, “after the people are dead, after the things are broken and scattered…the smell and taste of things remain poised a long time, like souls…bearing resiliently, on tiny and almost impalpable drops of their essence, the immense edifice of memory.”

So, expand your environmental awareness by increasing the use of your senses. Go out and sniff your way through the fields and forests. “Stop and smell the roses.” You’ll enjoy life a lot more.