The first rule of protection is lock everything. Your home and your car. Bragging that you live in East Texas and “ain’t never had to lock nuthin’” is pure foolishness.

Keep your head up whenever you are out and about. Be aware of anything out of the ordinary. Is someone suspicious approaching you or standing near your car? Don’t approach your vehicle until they leave. Return to the store and get someone to accompany you to your car. Or call the police and let them evaluate the situation. 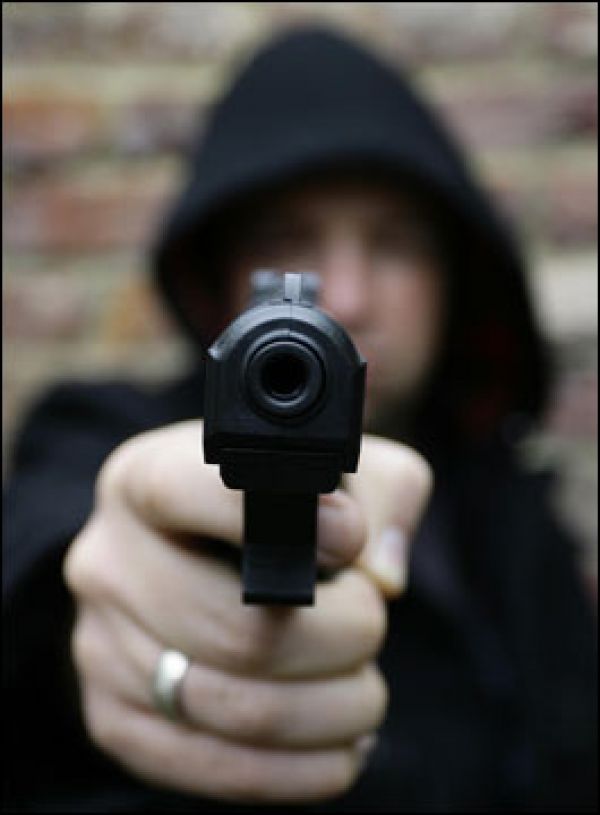 How would you handle this situation?

If you are walking and someone in a vehicle appears to be following you, turn around and walk the other way. If they are really after you, they’ll have to make a u-turn or pull into a drive and come back. That will give you escape time.

Children are sometimes asked to help find a “lost puppy.” Or they may be approached by a stranger who says “your mom has been in an accident and asked me to come get you.” Children should be taught a secret code word that must be given by anyone picking them up. No code word – no go; run. Remember that molestation is frequently perpetrated by neighbors, close friends and relatives. Change the code word regularly.

If you’re are accosted by someone with a weapon trying to force you into a vehicle, run and scream your head off. A zig-zagging runner is very unlikely to be hit and if shot the wound has a lower chance of being fatal. But trapped inside a vehicle, you are sure to be hit and likely killed.

If you come home and find that your home has been broken into, do not enter. Leave and call police. Surprising a burglar may escalate the crime to rape and murder.

Have a plan for intruders. One woman, attacked by a rapist in her home, told him she had an arrangement to call her uncle upon arrival to assure him she was safe. With a knife at her throat she was allowed to make the call. A woman answered. “Tell Uncle John I’m home and all is well. Ok, sweetheart. I’ll tell him. Thanks for the call.” “Uncle John” was a code phrase meaning she was in danger and police were immediately called and took the assailant into custody. There was no “Uncle John,” only a neighbor who was part of the safety plan.

Plan ahead. If your home is invaded, have a “safe room” to which you can retreat. A bathroom or bedroom with a deadbolt and a phone will work. Ideally, the door should be of solid wood. However, the intruder may have cut your phone lines, so grab a cell phone on your way. Call 911. Crouch on the floor and if the intruder attempts to break down the door, tell them loudly you have a gun and will shoot if they don’t leave. Of course, it helps if you actually do have a gun.

I’ve never understood why criminals in Texas, of all places, choose to invade occupied homes. But it happens. Good grief! In our area, there are more guns than people and no hesitation to use them.

Be eternally alert. If someone at school, church or business is seen with a gun or begins shooting, escape immediately if possible. Move quickly, leave everything behind and run. If you cannot flee, stay hidden. Drop to the floor behind something that will conceal you – a desk, a church pew, a file cabinet. Spread out, don’t cluster together. Dispersal reduces your chances of being shot. Hide quietly in a closet or supply room and if possible, lock the door. Stay on the floor. When you can, call 911. Watch for an opportunity to escape.

Terrorists often detonate bombs in crowded hotels, airports, train stations, and athletic events. Be alert for packages or bags left unattended. Never accept a package or luggage from someone you don’t know. If a suspicious package arrives at your home or business, call police. Grease or oil stains on the package, scrawled addresses, no return address, deformed boxes or visible wires are only a few of the warning signs. If a parcel arrives and you haven’t ordered anything, report it and leave it alone. Sometimes explosive devices are activated after they are placed and contain a vibration trigger that causes detonation if the package is moved.

Remember. Survival is an attitude – an attitude of constant vigilance and preparation for all eventualities.