If there’s anything most of us take for granted, it’s water, especially in temperate places like East Texas.

In the United States, with few exceptions, pure water for drinking, cooking and washing is available simply by turning on a tap. That’s really an amazing thing and a blessing! In most of the world, water is not only in limited supply, it’s often contaminated with pathogenic organisms causing deadly diseases.

Ever stop to think where water comes from? Ask your child. They’ll likely tell you it comes from the faucet. Unfortunately, many adults don’t think much beyond this over-simplified response. The real answer is a much more complex. 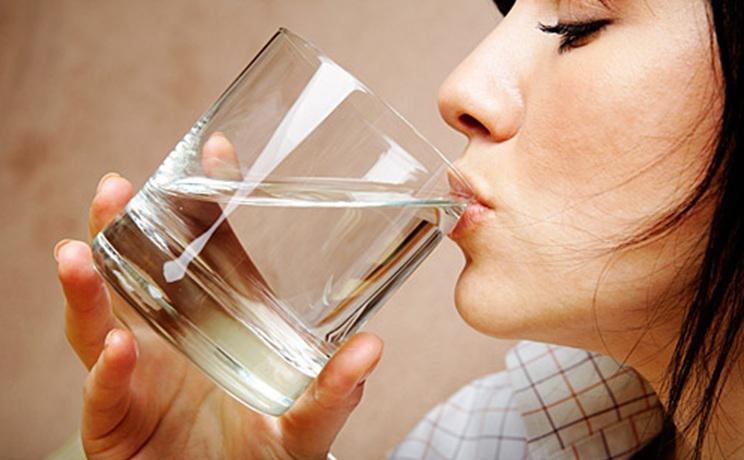 Water. It just automatically comes out of the faucet. Right?

Essentially, on this little space platform we call earth, we have a finite amount of water – all we’re ever going to get – essentially the same amount we started out with when Earth was formed eons ago. Every day each of us drinks two quarts or more of water – often much more – and use many gallons for other purposes.

Water is an amazing liquid. To one degree or another, almost everything dissolves in it, even, believe it or not, glass in minute quantities. Because of its solvent properties water is literally our life’s blood. It enables nerve impulse transmission, carries oxygen and nutrients to our tissues while transporting carbon dioxide and other waste chemicals away. Water is vital to our ability to consume, digest and assimilate food. We can’t even swallow without it. Try chewing and swallowing a large mouthful of soda crackers without water. Then look up the word “gag.”

The recycling of water through the environment is a simple but elegant operation. Heating from the sun causes it to evaporate from oceans, lakes, streams, plants and even animals, leaving waste materials and chemicals behind. The pure water vapor rises into the sky, cooling as it ascends until it condenses into clouds. The tiny water drops in the cloud bump into each other and become larger. Finally, too heavy to remain airborne, they fall to the earth as rain, some of which runs off into streams and other bodies of water. Much of it soaks into the ground where plant roots absorb the vital fluid. Animals eat the plants and ultimately release wastewater to start the whole cycle over. In a nutshell, contaminated water is purified by distillation. 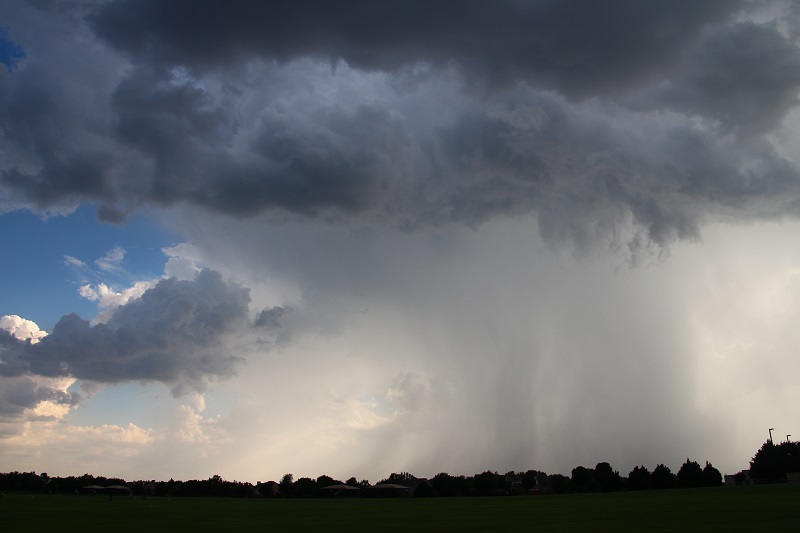 Photo by David R. Tribble via Wikipedia Commons
Water vapor condenses into clouds in the atmosphere, which then falls as rain.

Earth is like a spacecraft with self-contained life support systems that recycle everything we use. Think about that for a moment. Recent news reports described “innovative technology” that will be used to recycle urine in the International Space Station into pure drinking water for the astronauts. Nice thought, huh? Well, I hate to tell you this, but that’s not innovative. We’ve been doing it for generations of time. After all is said and done, we’re guzzling the same old water the dinosaurs or our grandparents drank and excreted. Luckily, we generally don’t have to think about the details. They’re in the same category as never asking what’s in a hotdog or sausage. You really don’t want to know.

The problem with water is not global abundance, it’s distribution. Moisture in the atmosphere is spread around the planet by weather fronts, winds and jet streams. Some places have plenty, supporting lush rain forests; others are parched deserts. This past month weather conditions locally haven’t produced enough rain. But that will change. It always has and always will. In the meantime, that’s what dams, reservoirs, wells, long distance water pipelines, canals and aqueducts are all about. But, they don’t solve all water problems.

Many of our large Texas cities now depend on deep wells that tap underground aquifers with limited recharge capability. When insufficient rain falls in the recharge areas and demand is high, these cities can have a serious water deficit as their wells dry up. Presently cities in Texas and surrounding states are lobbying to purchase water from East Texas lakes. But even with these large reservoirs the supply is not unlimited. The time may come when limits on population will have to be imposed in these areas in order to assure enough water for our needs. Without doubt, nature has the upper hand. Without water, life cannot exist. Take a close look at Mars. Water is life. It’s critical that we use it wisely.