This winter there have been some amazingly cold temperatures in many parts of the country. Subzero temperatures have struck hard and stayed long in many places. Cold air masses from the polar regions have regularly slid south, bringing major ice storms, sleet and snow. And they just keep coming, even here in Texas.

The winter decline in temperatures is an annual event and is partly due to the sun’s movement across the sky descending to the south. A little after 11 a.m. CST on December 21st, we experienced the shortest day of the year, and the sun was at its lowest point in the south. This event is called the Winter Solstice, a time when the sun’s passage across the sky, in its slow slippage to the south, seems to stand still for a time before again gradually marching northward. For six months, the days will slowly get longer and the sun will climb higher in the sky each day. 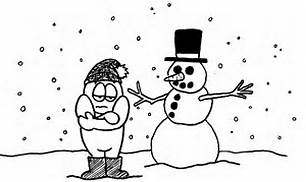 A popular myth says it’s colder in the winter than in summer because the earth if farther from the sun during the cold months. Actually, earth and sun are closer then. But the tilt of the earth on its axis causes the sun’s rays to strike a glancing blow during winter instead of shining more directly down as in summer.

Dangerously cold temperatures cause deaths each winter. We often hear of people “freezing to death.” Actually, they don’t freeze to death, they die as their body temperature drops below the minimum required for the victim to live, a condition called hypothermia. Then they may freeze.

Immersion in water is even more hazardous. A person in water near the freezing point can lose their ability to grasp a rescue line in 10 minutes, and death soon follows. Heat loss in water is about 48 times faster than in air. Incidentally, fresh water freezes at 32 degrees Fahrenheit (zero degrees Centigrade). Sea water doesn’t freeze until its temperature drops to about 28 degrees F.

A person can have fingers and toes freeze or in extreme conditions, parts of hands, arms and legs. Superficial freezing of the skin is called frostbite. And it can occur at surprisingly high temperatures. Frostbite danger is enhanced by wind and it takes a shorter exposure to freeze skin as the wind speed rises. You can see an excellent wind chill chart at www.nws.noaa.gov.

So how do animals survive outdoors in the winter? Birds have down feathers close to their skin and mammals grow a warm layer of undercoat that traps dead air and forms an insulating layer. Both birds and mammals fluff up or puff up their feathers and fur to enhance their cold protections.

Some animals are just better adapted for temperature extremes. Elephants, which to my knowledge have not recently been seen in East Texas, have large years filled with blood vessels to radiate heat away from their bulbous bodies. Jackrabbits, which definitely live in parts of Texas and other desert areas, have long thin bodies, legs and ears to help then stay cool. On the other hand, cottontail rabbits and snowshoe hares (another non-Texas critter) have stout bodies with short legs and ears to conserve heat.

Believe it or not some fish in the Arctic and Antarctic have antifreeze proteins in their bodies, and so do some insects and insect larvae, even in more temperate climes.

In our case, winter temperatures are compensated for by adding layers of clothing, throwing on an extra blanket or comforter, or turning up the thermostat. We poor featherless, furless, skin-covered critters are only comfortable at temperatures between about 75 and 85 degrees, sans clothes.

And a word of warning on keeping warm. If you’re having trouble heating your house, don’t use a charcoal grill or unvented gas heater in the house. They both produce deadly carbon monoxide gas, and it can definitely lower your body temperature, permanently.